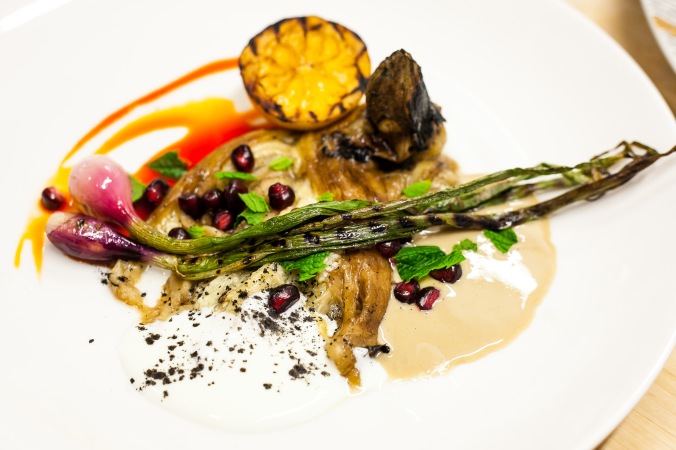 The news had come in this Monday that Carters of Moseley were number 87 in the National Restaurant Awards 2015. Along with Purnells (88) they alone from Brum were recognised by their industry peers. Of course Brad and Holly had been invited to the award ceremony but had to decline because Carters were popping up at Loaf Bakery and Cooking School in Stirchley. It had been coming, after talking about it for a while, a collaboration between the two was well overdue. I was lucky enough to get to design and cook the menu with them.

A full set of photos from the evening can be found on this link.

If you know Carters and Loaf then you know they share the same philosophies, a passion for cooking and feeding people tasty unpretentious food. We’d devised the menu a month ago and sold tickets to the event without even releasing it. Tickets for the later sitting sold out in 48hrs the early sitting took about a week! I think the loyal following that both have took little convincing that it was going to be a special dining experience. Their faith was rewarded when the menu was emailed to the diners a few days before and they could see what they were getting for £35: 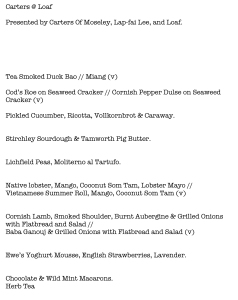 Can you tell which parts of the menu were mine? Yeah it’s pretty obvious. Asian, smoked and macarons are my middle names. Loaf looked after the bread and Carters brought their Modern British magic, a real collaborative and eclectic menu.

Lamb shoulders smothered in ras-el-hanout, smoked for 10 hrs over cherry and oak.

On the day the bakery shop was cleared out and we managed to squeeze in 31 people for each sitting. The guests raided Stirchley Wines for their recommended beer and wine pairings. Service ran seamlessly as you would expect from Holly and her crew as everyone was treated to a unique dining experience.

Seeing how the other half live

We’re used to preparing lobsters at Loaf with our regular shellfish classes and seafood pop-up Stirchley-on-Sea. But these beauties demanded special care, so I designed a dish to maximise their potential. The tails were poached in a water bath for a pure lobster flavour and the claws sautéed in lobster oil made from the shells. That same lobster oil is used to make lobster mayo enriched with lobster coral and tomalley. Also on the plate the sweetest ripest Kesar mangoes of the season, coconut som tam and kaffir lime coconut cream. I don’t usually do composed Asian dishes but Brad and the team did a great job of pulling it all together on the plates. That lobster mayo, seriously! You need to try it, I think Brad has been eating it with his chips all week! 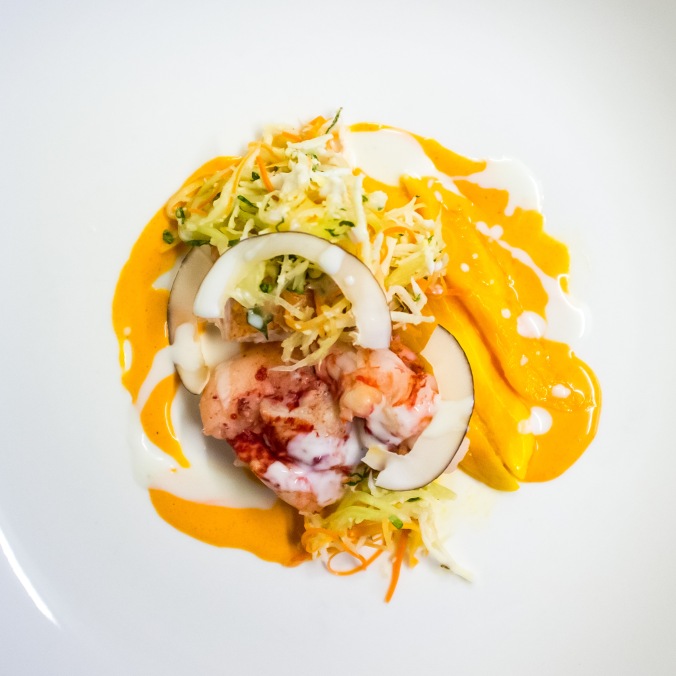 I loved the moliterno al tartufo broth that came with the Carters pea dish. It’s one of the best cheeses, a quality pecorino that’s been injected with summer truffles. I could describe the cooking of each dish in detail but that would be a bore for you. Instead you should come to our next one, we enjoyed it so much that another one is on the cards. Watch this space or Loaf or Carters of Moseley for news.

Finally, thank you everyone involved for a truly memorable experience.

One thought on “Carters @ Loaf”