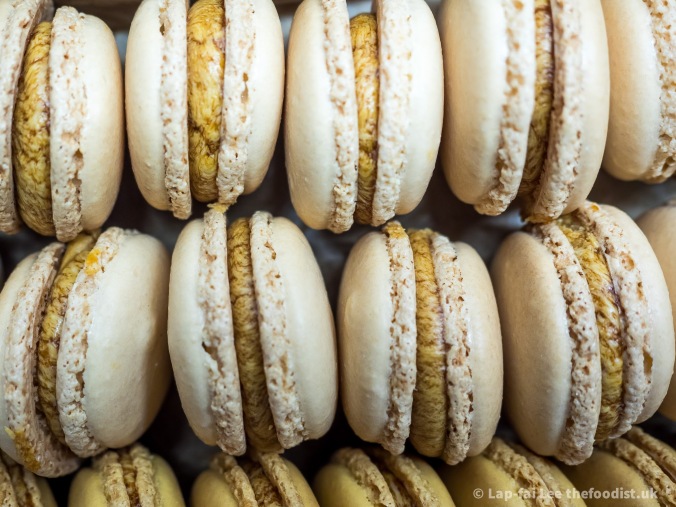 Can you remember the first macaron you ever ate? I can’t. It was probably 10 years ago in a Pierre Hermé concession in one of Tokyo’s depachika. In all likelihood it would have been sublime but I honestly can’t remember because the best depachika are like Harrods’ and Selfridges’ food halls combined with Borough Market and a Taiwanese streetfood market. That macaron would have been followed by a Sadaharu Aoki matcha opera cake, baumkuchen, kouign amann, kabayaki unagi and take home sushi that spoils you for sushi for the rest of your life. I do remember eating my first macaron in Paris, that was in the Pierre Hermé shop on Rue Bonaparte and I’ve been trying to recreate that moment ever since.

That bite of salted butter caramel (as if there was a time when caramel was not salted), the most buttery La Viette sweet butter melting between the lightest shells, bitter caramel perfectly cut with salt. As a cook it’s an instant reaction, I HAVE TO MAKE THESE! I’ve tried other macarons but Hermé’s are still my gold standard. Ladureé’s are way too chewy and most “ordinary” offerings skimp on fillings. If your macaron is not fat with ganache you’re basically paying for air.

Making macarons is like exercising a muscle, to get really good at them you need to make them constantly. So next week for Loaf Bakery I’ll be making  a big batch every day and sharing my other favourite patisserie and cakes too. Come down and snaffle some.

One of Pierre Hermé’s classics

One thought on “The Macaron Muse”