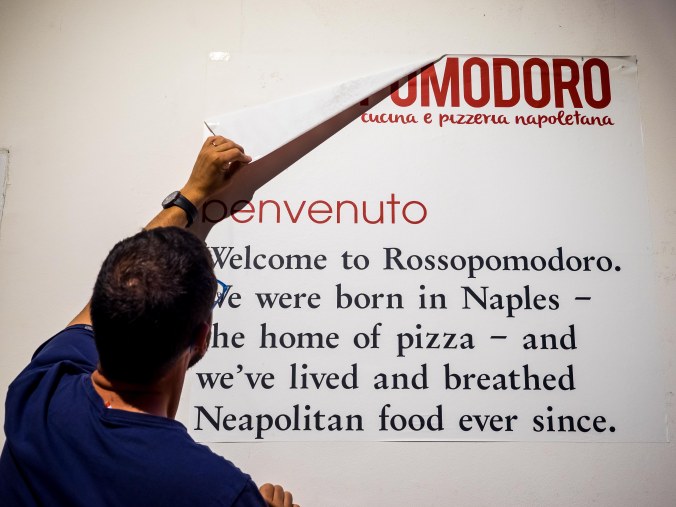 I don’t do restaurant reviews on this blog because, well, you don’t need me to tell you all those Michelin starred restaurants in town are really good. Or that restaurant with the overwrought plating and pretentious mission statement is all style over substance. Or that balti place is just another balti place. If you’re into food then you know what you like and you don’t need a score out of ten from me*. So you don’t need me to tell you that Rossopomodoro in Selfridges is the only good pizza joint in Brum. That could be the shortest restaurant review ever, if this was an actual review, but it’s not because Rossopomodoro closed today and you don’t review restaurants that don’t exist. That would be nonsense.

Rossopomodoro is a chain, headquartered in Naples where pizza was born and from where the essential ingredients for their restaurants are imported. The Birmingham branch has been there since Selfridges first opened their doors over ten years ago. Sandwiched between Krispy Kreme  donuts and the bafflingly popular Ed’s Easy Diner. By mutual agreement Rossopomodoro’s lease hasn’t been renewed so Selfridges really is now a graveyard for good food. It’s fallen hard from those first days where the food hall was a smaller replica of the London Selfridges with butchers counters, deli counters and chi-chi patisseries. Now the best it can muster is not so good ramen, Yo Sushi and a Pret.

I suppose I can’t really blame Rossopomodoro or Selfridges. It was never full. I’ve often sat there with only three or four other tables occupied being gawped at by the slightly obese people in the line snaking around Krispy Kreme. But the empty restaurant never affected the pizza, it was always fantastic. The very model of how a neapolitan pizza should be, tender soft billowing crust perfectly charred with a juicy moist inner. All the ingredients perfectly balanced and in harmony with each other. Some friarelli and a chinotto, it was perfection. I hoped Brummies would understand this but it seems without the lure of a stuffed crust or the Hawaiian option, actual authentic Neapolitan pizza is a hard sell. Maybe the idea that it’s a chain has somewhat confused Brummie “foodies”. The dogma of “Independent is Best” has blinded good people to Rossopomodoro’s virtues. Now it’s gone there is nowhere in Brum that comes close to it.

Please let me know if you think there is anywhere else. In the meantime I’m in pizza mourning, much like my friend’s little girl Anya. It was her favourite now she will have to make do with Pizza Express… 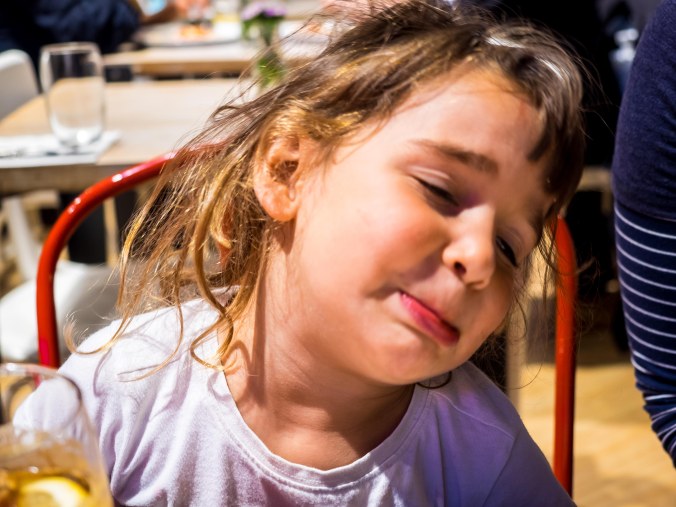 *except when it comes to Birmingham Chinatown Roast Meats and Samosas

One thought on “Rossopomodoro, a non-review”

Next in the “Will it #karipap ?” series; khua kling, southern thai keema-style curry. Extra spicy 🌶
Smoked eel curry, kinda Gaeng Pa jungle vibes with plenty of mouseshits chillis, little aubs, green and stink beans 💨 On the side a dry red curry mackerel and jasmine RICE 🐟Why have one fish curry when you can have two? 🌶 🔥 🍚
JFC, mentaiko stuffed sardines, dressed greens, chi shang RICE with a dollop extra mentaiko for me. Cus it’s flipping delicious! #明太子 #おいしい #oishinboy_japanese
Loading Comments...
Comment
×
%d bloggers like this: