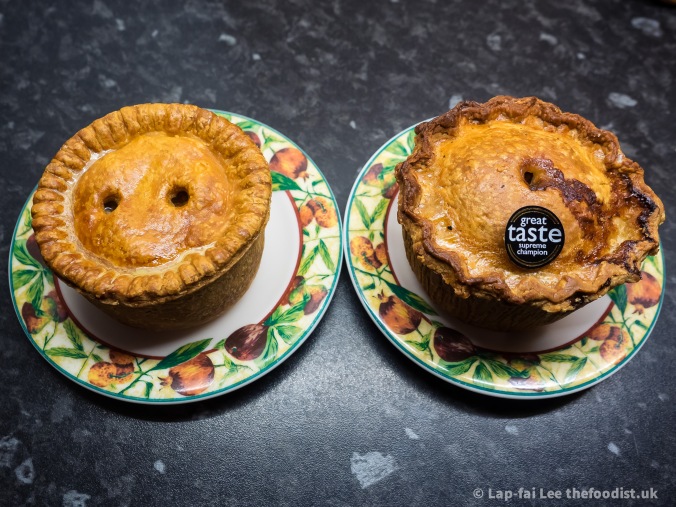 Pork pies, Melton Mowbray and the East Midlands. When Brits go wobbly sentimental about native foods it’s to the village idyll for which they yearn. For some reason this style of pork pie has become dominant in the British food psyche. Really you should look to the grimy industry of the West Midlands to find the best examples of this traditional British food. To The Black Country you must go.

We’ve all eaten award-winning Melton Mowbray pork pies, deli counters from Harrods to Asda are stocked full of them. Popular media has raised them to icon status, to be treasured alongside Cornish pasties and haggis. But compared to our local Walter Smith pork pie I never thought they were that good. Walter Smith’s pies have won a Gold Taste award, the pastry on them is the best point, almost crispy with a well-seasoned filling and good jelly. If I had one complaint they sometimes can be too well-seasoned, which can mask an old pie giving it a dog-food like odour. The shop in the Birmingham Indoor Market used to sell you old pies, but they’ve closed down now along with other Walter Smith outlets in Birmingham. So when I saw a Walter Smith in Wolverhampton I snapped one up. But what was I doing in The Black Country in the first place? The original mission was to sample faggots with my buddy Brummie Tummy but I quickly augmented, some would say subverted, her plan. We were in the best butchers in the region, it would be a shame not try the pork pies too!

So let’s cut to the chase, there were two pies that really shone. Don Guest in Halesowen and the other was Walter Smiths. 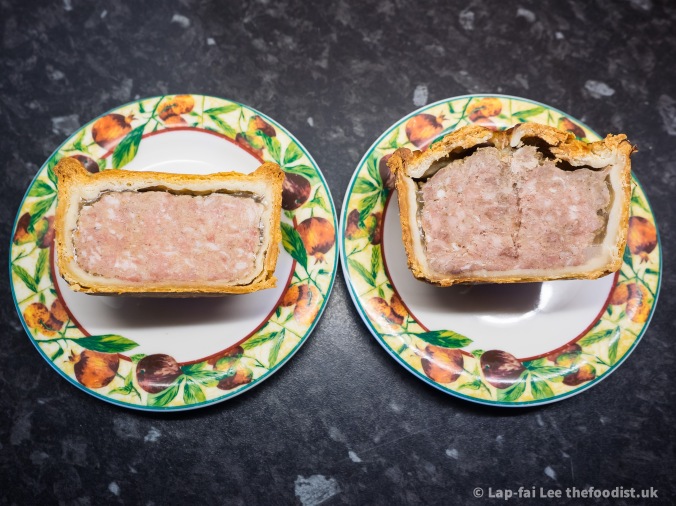 The medium pies from Don Guest and Walter Smith

The pastry on both thin and properly cooked through so they’re easy to eat. When this kind of pastry is fresh it’s crispy, crunchy and has a crackly glaze. The bottom of both pies is where the pastry is best, with snap like a lardy biscuit. The Don Guest filling was finer and tighter and better seasoned than the Walter Smith, which had a coarser texture. Both were cured lightly. A good amount of jelly surrounding the meat is important in a pork pie. It provides additional pork flavour, seasoning and lubrication. Both of these pies were well lubed. A close thing then, I couldn’t split them. It was only after eating the same pies over 3 days that I’m declaring Don Guest the winner! It’s still really tasty after 3 days, the more even curing and finer texture has held up better.

What about the rest? We didn’t just go to two butchers, here’s how the others stacked up:

Michael Kirk in Wolverhampton centre, a well constructed pie from an award winning butcher. The coarse filling is similar to Walter Smith but felt a little dry and bland.

Bowketts of Oldbury, a good amount of jelly in these pies but again a dry texture with undercooked pastry and bland filling. 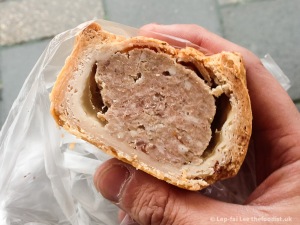 L&M Broadbent in Bilston had quite possibly the worst pork pie I’ve ever eaten. Masses of uncooked gummy pastry with little jelly and bland meat. I took one bite and binned it, it was that bad. It was one of those purse shaped Melton Mowbray style hand-raised pies that look great on the outside. This is the kind of pork pie I see TV cooks making, complete rubbish. I’d rather eat a week old Pork Farms pork pie from an independent garage.