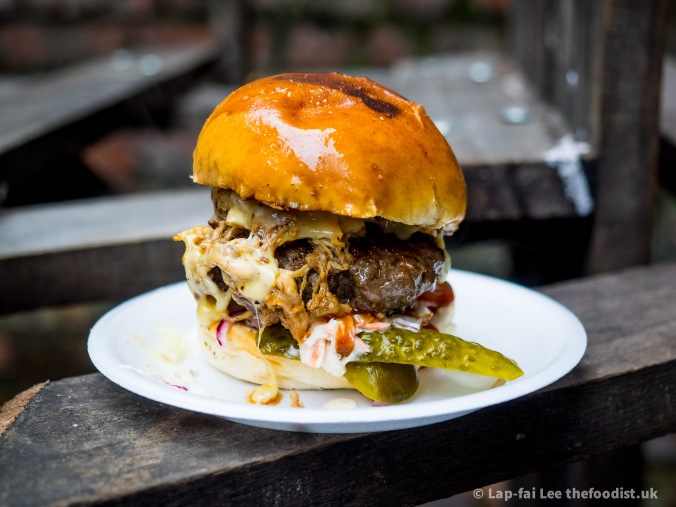 The Gone Burger from The Flying Cows

On the night London posse Gone Burger beat local beef slingers The Flying Cows in the diners and judges vote. Well done guys, their burger was a classic chargrilled pattie in a sesame seed bun. It was well seasoned and the simplicity of it won over the diners. The Flying Cows burger looked fantastic but the pulled pork did nothing for the burger. The beef itself was superior tasting but really under seasoned. A shame because a local win would have been great!

Another fabulous event from Ahmed and the team, so good it won the readers award for best event in Birmingham on designmynight.com. The next one is 26th April and you can get your tickets here.